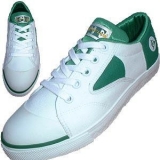 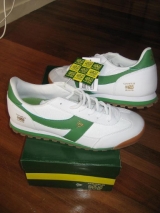 Dunlop was established as a company manufacturing goods from rubber in 1889. The company entered the sporting goods market in 1910, when it began to manufacture rubber golf balls at its base in Birmingham. The company introduced the Maxfli golf ball in 1922. Dunlop extended into tennis ball manufacture in 1924. In 1925, F A Davis was acquired, which had tennis racket manufacturing expertise.  Dunlop opened acquisition discussions with Slazenger in 1927, but without success.  In 1928 the sports division became an independent subsidiary named Dunlop Sports.  Headquarters were relocated from Birmingham to Waltham Abbey in Essex. The Dunlop Masters golf tournament was established in 1946.  It was sponsored by Dunlop until 1982, and is now known as the British Masters. In 1957 Dunlop acquired the golf club manufacturer John Letters of Scotland. In 1959 the Slazenger Group was acquired. The Dunlop “flying D” logo was introduced in 1960.