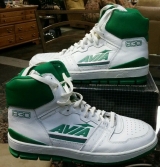 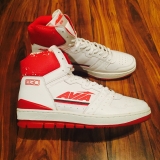 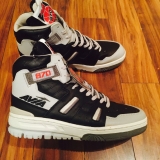 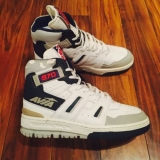 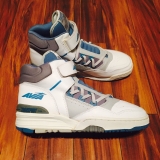 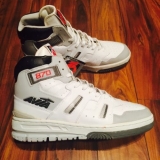 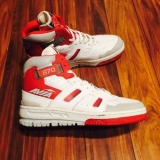 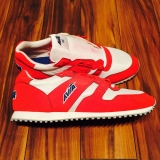 Avia is an American shoe company founded in Oregon in 1979 by Jerry Stubblefield, an American entrepreneur and former record-setting discus thrower at the University of Oregon.  Stubblefield reportedly came up with the word “avia” (derived from the Latin “avis,” meaning “bird”) while on a jet flight, and decided to use it as a brand name for a sports shoe to suggest aviation. Avia was known as a leading brand in the 1980s for its line of women’s walking and aerobics shoes, as well as men’s shoes. In the late 1980s and early 1990s, Avia had a thriving line of basketball shoes; among those who wore Avia were Scottie Pippen, John Stockton, John Salley, AC Green and Clyde Drexler. Avia shoes are known for their performance, durability and comfort. The company is also known for some of the performance technologies built into their shoes, including the Cantilever Heel (heel support), the ARC – Anatomical Rebound Cradle (comprehensive foot cushioning and arch support), and Avia’s FOM technology (shock compression).